This panel discussion from the International Manifesto Group explores the historic and contemporary bonds of solidarity between anti-racist, anti-imperialist, anti-colonial struggles of African Americans, Third World and Indigenous struggles, as expressed in their common support for the cause of Palestine.

Ali Abunimah is director of the widely acclaimed publication The Electronic Intifada, an independent nonprofit publication focusing on Palestine. He has written hundreds of articles and spoken on the topic all over the world. He is the author of “One Country, A Bold Proposal to End the Israeli-Palestinian Impasse” and “The Battle for Justice in Palestine.”

Margaret Kimberly is a co-founder and Editor and Senior Columnist for Black Agenda Report. She is the author of “Prejudential: Black America and the Presidents” and a contributor to the anthologies, “Killing Trayvons: An Anthology of American Violence,” “In Defense of Julian Assange,” and “Capitalism on a Ventilator: the Impact of COVID-19 on China and the U.S.” Her work as an activist includes leadership roles in the Black Alliance for Peace and the United National Antiwar Coalition.

Dr. Peter Kulchyski is a professor in the Faculty of Native Studies, University of Manitoba. He attended the government-run residential school Frontier Collegiate in Cranberry Portage, MB. His research interests include Aboriginal cultural politics, political development in the Canadian Arctic, land claims and self-government, Indigenous rights, contemporary critical theory, and political performance art. He has written nine books, most recently: Report of an Inquiry into an Injustice: Begade Shuhtagotine and the Sahtu Treaty. Dr Kulchyski is the recipient of the 2017 Dr John M. Bowman Memorial Winnipeg Rh Institute Foundation Award.

Nick Estes is a citizen of the Lower Brule Sioux Tribe and a historian and an award-winning journalist. He is the host of the Red Nation Podcast. Estes is the author of Our History Is the Future. Standing Rock Versus the Dakota Access Pipeline, and The Long Tradition of Indigenous Resistance.

Beverly Bain is a Black queer feminist, antiracism, anti-capitalist scholar. She is a professor in Women and Gender Studies in the Department of Historical Studies at the University of Toronto Mississauga Campus. She currently teaches and researches in the area of Caribbean and Black diasporic sexualities, Black and Caribbean queer feminist organizing, sexual assault and violence against women, gender, colonialism, transnationalism and anti-capitalism. Bain is the author of “Fire, Passion and Politics: The Creation of Blockorama as Black Queer Diasporic Space in the Toronto Pride Festivities.” In We Still Demand: Defining Resistance in Sex ad Gender Struggles. Uncovering Conceptual Practices: Bringing into Lived Consciousness Feminist Activities on the Toronto Police Services Board Audit Canadian Women Studies (2010). Bain is currently working on a series of essays on Black radical feminist queer organizing in Toronto from the 1980’s to the present.

Chandni Desai is an assistant professor at the University of Toronto. Her research and writing focus on Palestinian resistance culture and the politics of internationalism. She is a community organizer that has organized for justice in Palestine for over a decade. She hosts the Liberation Pedagogy Podcast. 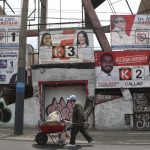 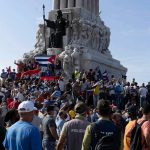 What is Happening in Cuba? A Panel DiscussionInternational Manifesto Group