This panel was organized by the International Manifesto Group. The panel will take place Friday, 13 May 2022 at 11:00AM Eastern, 10:00AM CDT and 8:00AM Pacific over Zoom and YouTube Live.

Headlines are abuzz with the return of inflation, which, according to some measures, is now reaching 40 year highs. Considering that vanquishing inflation is supposed to be the one undisputed achievement of neoliberalism, why is it rising? Many explanations – from excessive money creation to disrupted supply chains to tightening labour markets and a post-lockdown surge in demand are offered. The view that it would be a short term affair is giving way to a more sobering assessment of its persistence, particularly since geopolitical conflict gave inflation a booster shot. As for its solution, one thing is clear, dealing with it as Paul Volcker famously did in the late 1970s is not a politically affordable option for governments beholden to elites whose outrageous fortunes depend on low interest rates.

This panel will seek to examine this phenomenon by asking question such as why is inflation rising? Can we expect it persist? What are the major policy-options being discussed and what are their political implications of each? How should socialists think about this new problem?

Michael Hudson is a financial analyst and president of the Institute for the Study of Long Term Economic Trends. He is distinguished research professor of economics at the University of Missouri–Kansas City and professor at the School of Marxist Studies, Peking University, in China. Hudson has served as an economic adviser to the US, Canadian, Mexican, and Latvian governments, and as a consultant to UNITAR, the Institute for Research on Public Policy, and the Canadian Science Council, among other organizations. Hudson has written or edited more than 10 books on the politics of international finance, economic history, and the history of economic thought.

Marica Frangakis is an independent researcher and a member of the board of the Nicos Poulantzas Institute, Athens, as well as a member of the Steering Committee of the EuroMemo Group (European Economists for an Alternative Economic Policy in Europe).

Ndongo Samba Sylla is a Research and Programme Manager for the Rosa Luxemburg Foundation. He is the co-author of Africa’s Last Colonial Currency (Pluto, 2021). He is is head of programmes at the Rosa Luxemburg Foundation is well-known for his books published by Pluto: The Fair Trade Scandal: Marketing Poverty to Benefit the Rich (2014) and Africa’s Last Colonial Currency. The CFA Franc Story (2021).

C. P. Chandrashekhar is a professor at the Centre for Economic Studies and Planning, Jawaharlal Nehru University, New Delhi. He has published widely in academic journals, and is the co-author of several books, including The Market that Failed: Neo-Liberal Economic Reforms in India and Demonetisation Decoded: A Critique of India’s Currency Experiment. He is a regular columnist for Frontline and Business Line.

Óscar Ugarteche is an economist, writer, professor and Senior Researcher at the Institute of Economic Research of the National Autonomous University of Mexico, and a Peruvian LGBT activist. He has extensive specialized work in economics, international finance, economic history and world economics. 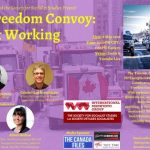 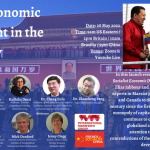