Through Pluripolarity to Socialism: A Manifesto

Through Pluripolarity to Socialism

Introduction
The Geopolitical Economy of Capitalism and Socialism

Crisis of Imperialism
Crisis of Capitalism

The ruling class unable to secure working people their existence is ‘unfit any longer to be the ruling class’ and ‘impose its conditions of existence upon society,’ said Karl Marx and Friedrich Engels, urging revolutionaries to smother capitalism in its European cradle, already in 1848. That Springtime of the Peoples was soon followed by the Paris Commune and revolutionary activity worldwide has kept the spectre of communism haunting capitalist classes and advanced the democratisation of social relations in the teeth of determined counter-revolution.

In capitalism’s imperial core, working people’s struggles won welfare states and regulated capitalisms after the Second World War, in its peripheries, national independence and developmental states. Meanwhile, some countries, beginning with the Russian Revolution in 1917, embarked on building socialism. Increasingly, they organised production for need, distributed work and its rewards equitably and related to one another in a spirit of cooperation. Despite incomplete successes, great problems and stunning reverses, the struggle they started for a world beyond capitalism, alienation, imperialism and other social injustices continues.

Today, after decades of mounting capitalist contradictions, capitalist ruling classes, neoliberal or residually social democratic, in rich countries and poor, are giving Marx and Engels’ words a macabre significance. Over four decades of policies favouring capital, neoliberal financialised capitalism has lost productive dynamism and turned to unproductive plunder, created unacceptable mass poverty, shocking inequality, festering social division, draconian political repression, a growing threat of exterminist nuclear war, mass movements of population and an ecological emergency of climate warming, pollution and biodiversity loss, rendering our planet increasingly uninhabitable. To top all this, today it is responding to a raging pandemic by sacrificing lives to capital and profit and increasing political repression. Rosa Luxemburg famously feared that the alternative to socialism was barbarism. Today, however, it is human and planetary annihilation.

By the 2010s, smouldering discontent burst into flames with increasing frequency.

The decade began with the Tunisian protests that set off the ‘Arab Spring’ and continued through European protests against austerity. It drew to a close amidst schoolchildren’s protests against climate change, Indian Muslim women’s struggles for citizenship rights, Black Lives Matter, ‘yellow vests’ in France and protests against hopeless economies and political repression, from Turkey to Chile to Nigeria. By 2020, farmers laid siege to a government intent on corporatising agriculture and workers organised the biggest General Strike in history in India, the world’s largest capitalist country.

As ramshackle capitalisms responded to the pandemic inevitably shambolically, matters nosedived. Whether they denied it or falsely pitted lives against livelihoods – the capitalist class’s euphemism for profits – their response to the pandemic amounted to the social murder of millions and induced economic crises of historic proportions.

By mid-2021, citizens were demanding inquiries into these murderous responses in imperial countries, millions in Brazil’s streets were accusing their government of genocide, and Indians were gearing up for the same. A broad tide of discontent against capitalism also rose: Chileans elected an Indigenous Mapuche woman to head their hard-won constituent assembly. Bolivians saw through a coup attempt. Palestinians found unprecedented unity and resolve against another Israeli assault.

The capitalist world is today a political tinderbox: capitalism’s suitability is questioned as never before, political establishments are losing their grip and the credibility of the mainstream media is threadbare.

By contrast, socialist countries’ responses to the pandemic have been exemplary: China, Vietnam and even blockaded Cuba lost relatively very few lives and even aided other countries fighting the pandemic. China, at least, also resumed growth at a smart clip.

Indeed, in 2021, no country represents working people’s advance – economic, technological, ecological and social – more than China, though the achievements of other socialist countries like Cuba also rank high. To its already impressive record – the greatest political and industrial revolutions, the thorough eradication of feudalism, the end of extreme poverty, major contributions to resolving the ecological emergency including in renewable energy, afforestation and nuclear fusion – China now added vindication against the novel coronavirus and international leadership in the fight against it.

No wonder, the ruling Communist Party of China celebrated a proud centenary in July 2021. The party had made China the indispensable nation in humankind’s struggle for socialism, offering aid and inspiration as a worthy example of a country pursuing socialism in accordance with its national conditions.

Today, however, that struggle stands at a perilous juncture. Its long-brewing crisis brought to a boil by the pandemic, manifestly making a poor contrast to China’s manifold successes, the leading imperialist nation seeks to lead other imperialist and lackey countries in a New Cold War against China. Like the old one, this Cold War is also a general imperialist offensive against peoples’ autonomous development, from Palestine to Peru and from Vietnam to Venezuela. The variety of means through which they wage it is backed by the world’s most fearsome arsenal, including nuclear, chemical, biological and cybernetic weapons of mass destruction. Never has so much destructive power been concentrated in so few irresponsible and desperate hands to wield against so great a majority of the world’s people and peoples with an objective interest in socialism.

Our Manifesto appears in this moment of danger from deep and wide discussions among activists of all continents representing many socialist traditions. Its historical and theoretical assessment of the present conjuncture seeks to advance class and national struggles for socialism.

Go to “The Geopolitical Economy of Capitalism and Socialism” 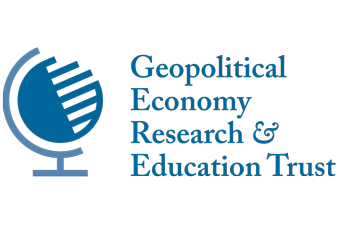 The Geopolitical Economy Research Education Trust (GERET) will conduct high quality research into, and analysis of national economies, their relation to the world economy and the political management of both. Intended to be an influential research and educational trust, it will critically analyse policy alternatives for managing the interaction of national economies and states and to promote human development and mutual benefit in today’s multipolar world.

The Geopolitical Economy Research Group (GERG) is an influential policy research institute, conducting high quality research and analysis dealing with nations and their relation to the world economy. It will critically analyze, and propose, policy alternatives for managing the interaction of national economies and states to promote human development and mutual benefit in today’s multipolar world. 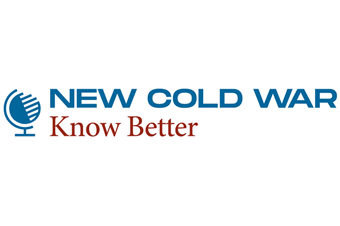 New Cold War was founded in 2014 to provide factual and insightful analysis, backed by accurate news and information, about the proliferating national and class conflicts changing our world, which the established media were either misreporting, or failing to cover. A new journalism is flowering, evident in the welcome multiplicity of alternative sources and sites and in the rising quality of independent reportage and analysis.